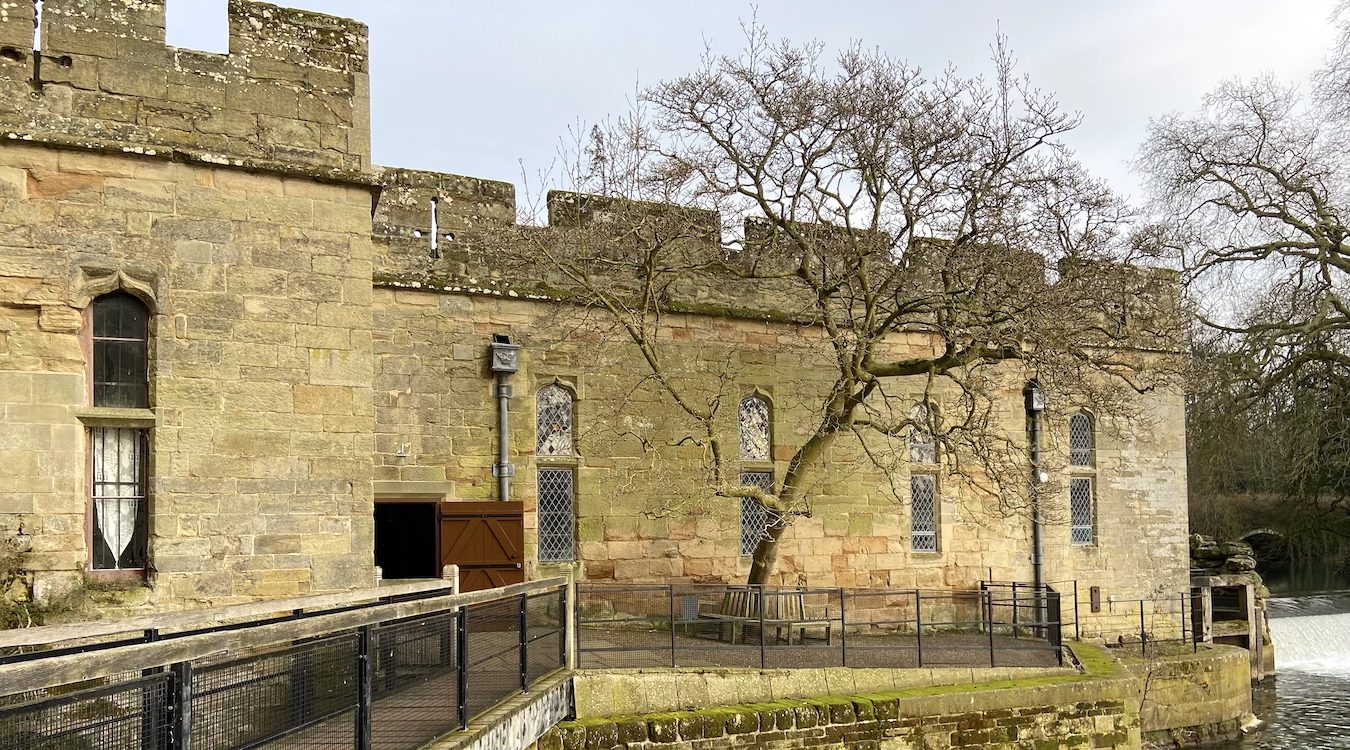 The engine house at Warwick Castle once powered 475 electric lights across its rooms. Originally powered by water, then gas, the engine house became redundant following the introduction of mains electricity. It has received a £2 million renovation and contains a small collection of gas engines.

1398 – The mill moved to its present site and was used to grind flour and grain.

1642 – The mill was used to grind corn for defenders during the Civil War, which numbered approximately 360 individuals.

1644 – An engine house was installed for pumping water into the castle for domestic needs.

1767 – The mill was largely rebuilt in stone under the direction of Timothy Lightolder and took on a gothic style.

1840 – A new waterwheel was installed, believed to be the one you see today.

1849 – Pumping water into the castle stopped after the discovery that the town sewers discharged into the river close to the inlet.

1880 – The mill was gutted by a fire and all the machinery, except the waterwheel, was destroyed. The mill remained desolate for the next 14 years.

1894 – The generating plant was installed by Messrs Edmundson to supply electricity to the castle.

1940 – Mains electricity was introduced and the generating plant became redundant [1].

1953 – The mill and engine house is first designated as a listed structure [2].

1954 – The generating plant was dismantled.

2002 – The mill opened to visitors following a £2 million restoration project [1].

The mill building is constructed of Ashlar with castellations and low turrets. The roof uses Welsh slate [2].