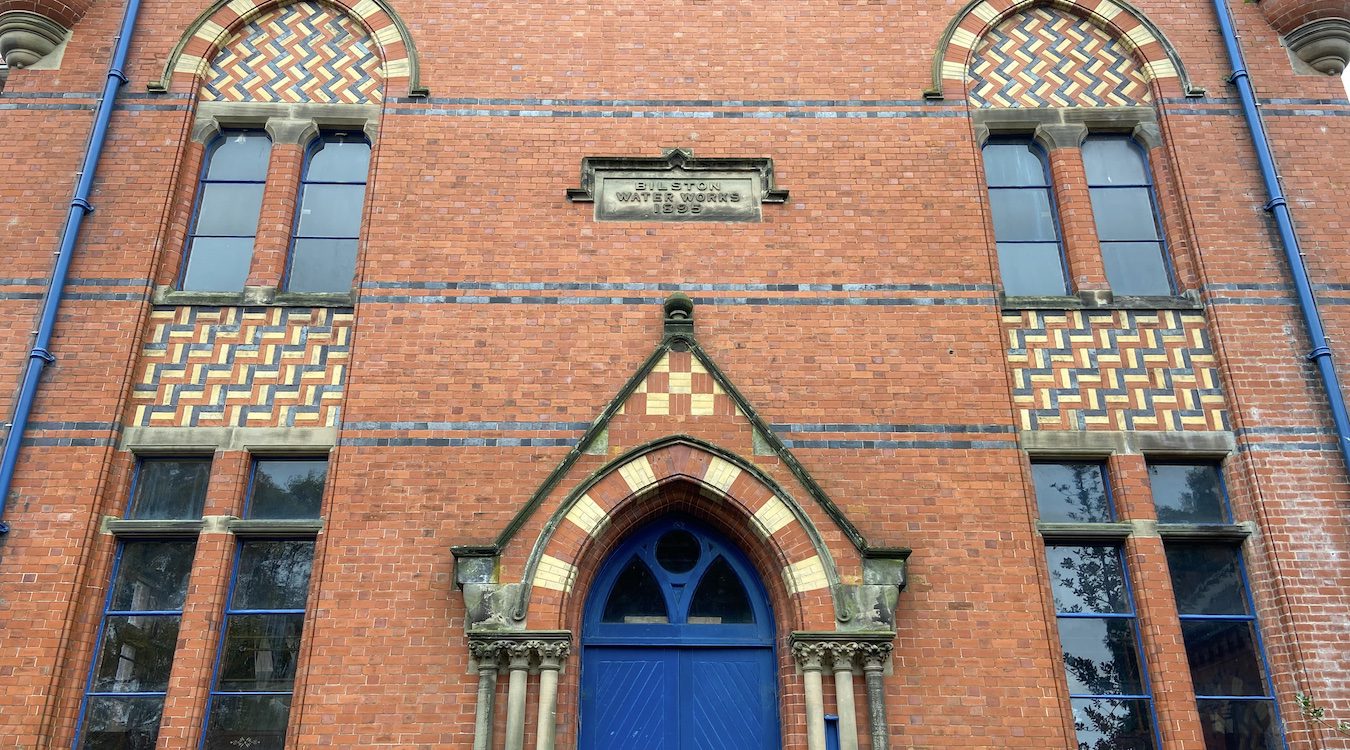 The Bratch Pumping Station is a beautifully ornate building that was constructed after a dispute over water prices between Bilston and Wolverhampton. It contains a fully working vertical triple expansion steam engine which is operated on open days by Friends of The Bratch.

History of The Bratch Pumping Station

1895 – The Bratch Pumping Station is completed by Bilston Urban District Council after a dispute with the Wolverhampton Corporation over the cost of its water supply. The Bunter sand beds under The Bratch near Wombourne are recommended as the best site for pumping water, which is 5.5 miles from Bilston. Coal is delivered via the adjacent Staffordshire & Worcestershire Canal.

1896 –Two vertical triple expansion steam engines called Alexandra and Victoria. The original castings were made by James Watt & Co, but halfway through the contract, the company went into liquidation, and the work was completed by Messrs Thornewill and Warham of Burton on Trent. Supply began on 2nd July.

1960 – Steam pumping ceases and is replaced by electric pumps backed up by emergency diesel engines [1].

1980 – The pumping station is first designated as a listed structure [2].

1996 – The Victoria steam engine is restored to fully working condition by the Friends of The Bratch led by the late Len Crane, who manufactured replacement many individual parts by hand to ensure authenticity.

2014 – The pumping station had fallen into disrepair and its future looked uncertain, which prompted an awareness campaign led by MP Gavin Williamson in an attempt to establish use for the building [3].

The 2-storey pumping station with basement consists of Ruabon red brick with blue and buff brick, stone and tile dressings and a slate hipped roof in a Venetian Gothic Revival style with Scottish Baronial details. It has a rectangular plan with a left-hand and rear boiler house, coal store and borehole house.

There is a symmetrical front that has paired blue brick bands, a Lombard frieze and a crenellated parapet. The corners are enriched by moulded, corbelled bartizans with fishscale slates to conical roofs with finials. A flight of steps leads up to a gabled entrance surrounded by triple banded columns with foliate capitals to a pointed archway with alternate red and white voussoirs, Y-tracery fanlight and double half-glazed doors.

There are flanking pointed-arched recessed bays with arches as the entrance, with three-coloured patterned brick panels to the tympanum and between mullion windows, the first-floor ones with shouldered arches [2].