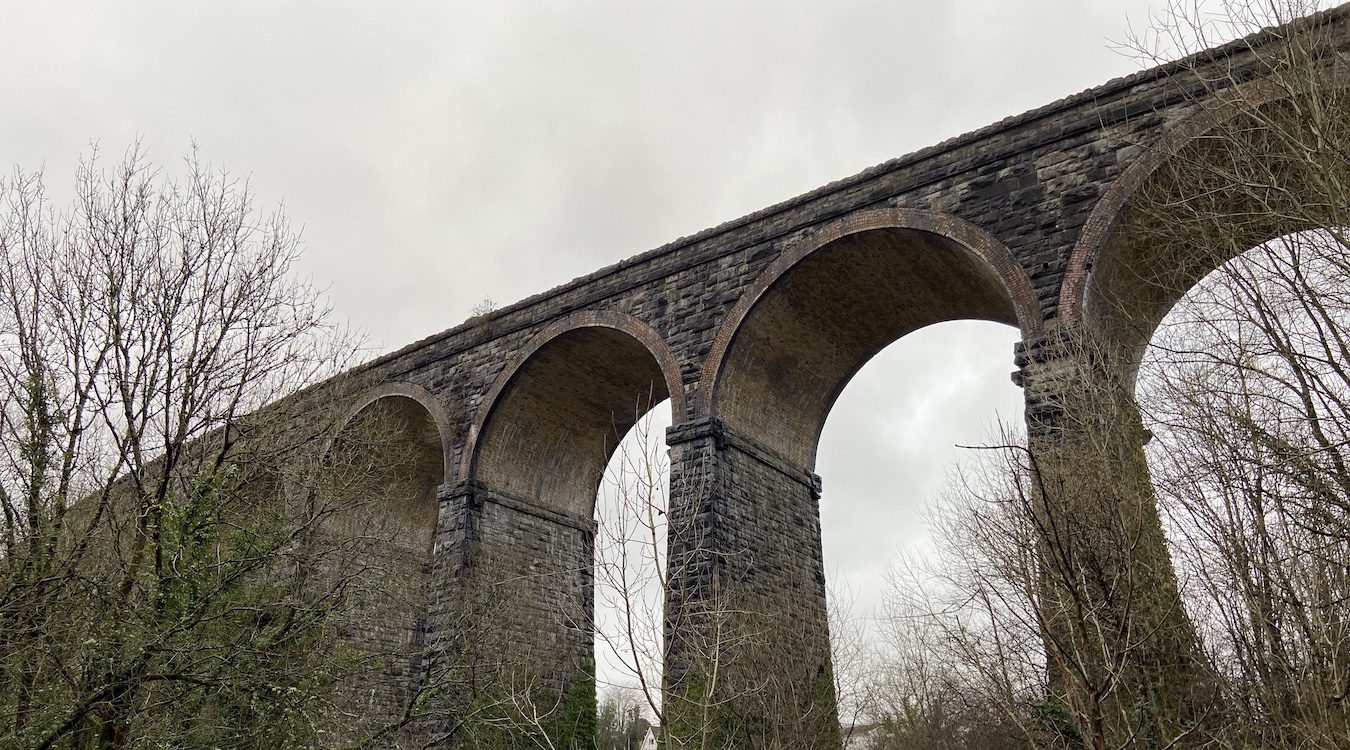 The Cefn-coed Viaduct is the third-largest viaduct in Wales. This huge, curved structure once carried the Brecon and Merthyr Tydfil Junction Railway and is now part of the Taff Trail, which is Route 8 of the National Cycle Network that runs between Cardiff and Brecon. It offers walkers and cyclists a superb view of the Taf Fawr as it cascades over the many weirs in the valley.

1865 – During the construction of the viaduct, a carpenter was killed after falling into the Taff Fawr. He had slipped on the scaffolding. A newspaper article prompted a safety review noting the lack of precautions taken during the winter months. [1].

1866 – Several hundred masons go on strike over grievances in March following the employment of five turncoats who were not connected with the mason’s society or union. The five men left, and work resumed four days later [2]. The viaduct was completed in September after 200 additional men were hired [3].

1881 – Several telegraph poles are blown down by a ferocious storm. This removed several large stones that form part of the wall running along the viaduct leaving multiple gaps several yards in length [4].

1961 – Passenger services between Merthyr and Ponsticill are withdrawn, freight traffic continues to run on the line.